All of our staff members are highly qualified with advanced degrees and experience, offering you and/or your child a safe and encouraging environment for learning and personal growth! 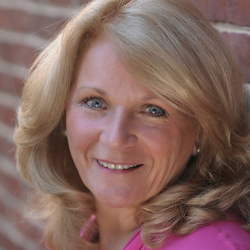 Cindy is the Founder and Director of Concord Dance Academy. She has been teaching dance to students of all ages and of all abilities for over 40 years. She masterfully introduces even the youngest of students to dance in a supportive and fun atmosphere. She can also challenge dancers of all ages with her artful and technique involved dance pieces. She is an award-winning Choreographer and has won Choreographer awards at regional and national events.

Cindy was recognized with the NH Governors Declaration for her contribution to the arts in NH and to the citizens of the state, as she is responsible for teaching many thousands of individuals how to enjoy dancing, and is also responsible for giving countless hours of volunteer time through the arts to the broader NH community. Cindy was recently awarded the Pinnacle Award for Business Leader of the Year by the Concord Chamber of Commerce. Cindy is a graduate of Penn State University with BS in Education with graduate work at Indiana State College. 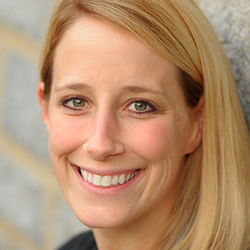 Hilary has been involved with dance for many years. She is uniquely qualified in both dance education and elementary education. She has attended Dance Masters of America Teacher Training School and is also New Hampshire Certified as a Teacher in Elementary Education.  She is an accomplished Choreographer having choreographed for the Keene State College Dance Team and having won special awards noting her age appropriate and technically sound choreography for youngsters.

Hilary has involved herself with various scholarship programs for the performing arts; including being a Judges and Contestants Coordinator. She continues to serve as Director and a Lead Teacher of the Concord Dance Academy summer dance camps. 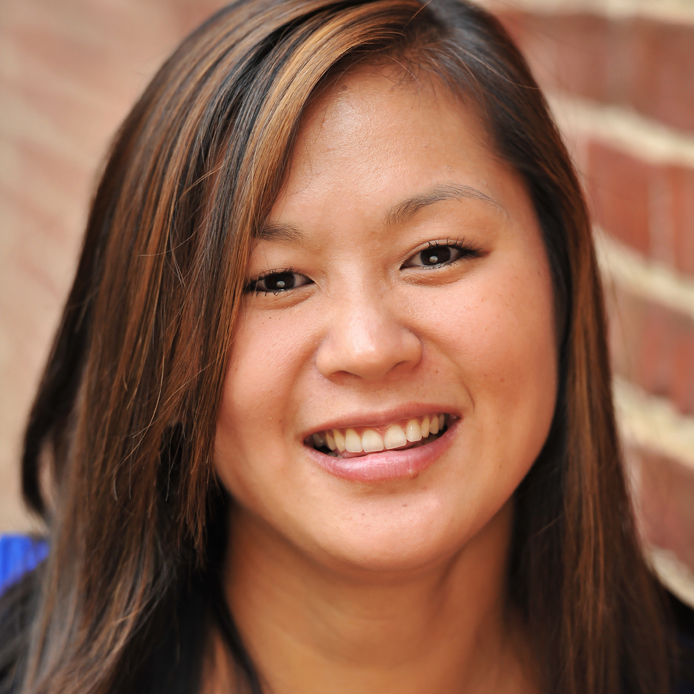 Jennafer has been involved with the dance community for many years.  She began her career in teaching and choreography in June 2008, after she graduated from Plymouth State University (PSU). While at PSU, she trained extensively with Aaron Tolson, formerly of Riverdance and ImagineTap.  She served as the Company Manager and Ensemble Dancer for Tolson’s New Enlgand Tap Ensemble, a semi-professional tap dance ensemble based in New England.  Additionally, she currently serves as Senior Dance Captain for Speaking in Taps, a semi-professional tap dance group in Massachusetts that is directed by Aaron Tolson.   Jennafer continues to be a student of the art form of tap and strives to provide the best instruction to her students. 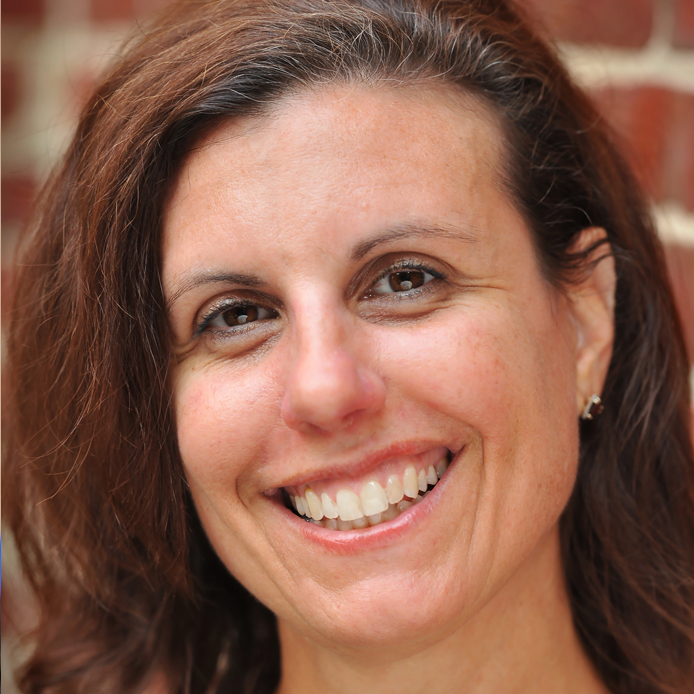 Maria studied jazz, tap and ballet at Bill Fowlers School of Dance in Medford, Massachusetts for over 14 years as part of their competition program. Maria made a tough choice to stop dancing at the school to accept a basketball scholarship to Southern Connecticut State University. Though basketball became a big part of her life, Maria’s love of dance brought her to join local dance crews and learn hip hop from the Boston scene. Maria has many years experience working with children as a youth director for summer camps and also coaching many different sport teams at different levels. Maria brought her passion and knowledge of dance and working with children to Concord Dance Academy in 2009. Maria looks forward to sharing with the students old school meets new school hip hop techniques to bring lively fresh choreography to the stage. 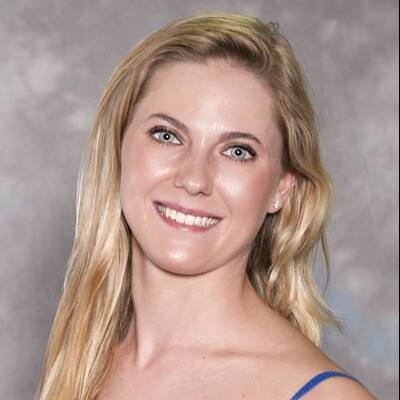 Anya Kelley has spent most of her life studying dance, and has a rich and varied background in the art form.  As the head teacher of Ballet North and the lead competition company choreographer, she taught classical ballet, tap, jazz, lyrical, modern, hip-hop and contemporary.  In her college years she was one of only four freshman dancers invited onto the Utah Valley University Ballet Company, where she performed professional classical and contemporary pieces. She spent five summers at the Russian Kirov Academy in Washington, DC and three at the Bossov Ballet Academy in Maine in the pursuit of the Russian Vaganova Ballet method.  Anya studied with former principle dancers of American companies like the Boston Ballet and Ballet West, and was a member of the Southern New Hampshire Youth Ballet classical company.  She performed in countless local ballets and musicals, including The Nutcracker, Don Quixote, West Side Story, Greece, Giselle, Les Miserables, and Sleeping Beauty. 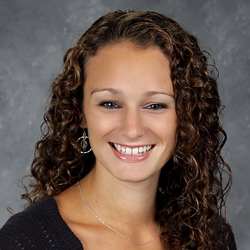 Anna has 16+ years of training in tap, jazz, ballet, lyrical/contemporary, modern, and pointe; and she has attended various workshops and classes including The Pulse Teacher Workshop in NYC. She has also trained in NYC with the Rockettes summer intensive program. Anna graduated from Keene State College (KSC) with a BS in elementary education, a BA in communications, and a minor in dance. While at Keene, Anna choreographed a dance that was selected for inclusion in the KSC 2012 spring showcase, “An Evening of Dance.” She also auditioned for, and trained under, Monica Bill Barnes in a piece that Monica choreographed for the show. Anna grew up at CDA and was a member of the CDA competition team. She loves getting to teach where she grew up! Anna has choreographed multiple award winning competition dances and her work has been recognized for entertainment value and choreography. Anna has her masters in education and is a 2nd grade teacher at Boscawen Elementary School. 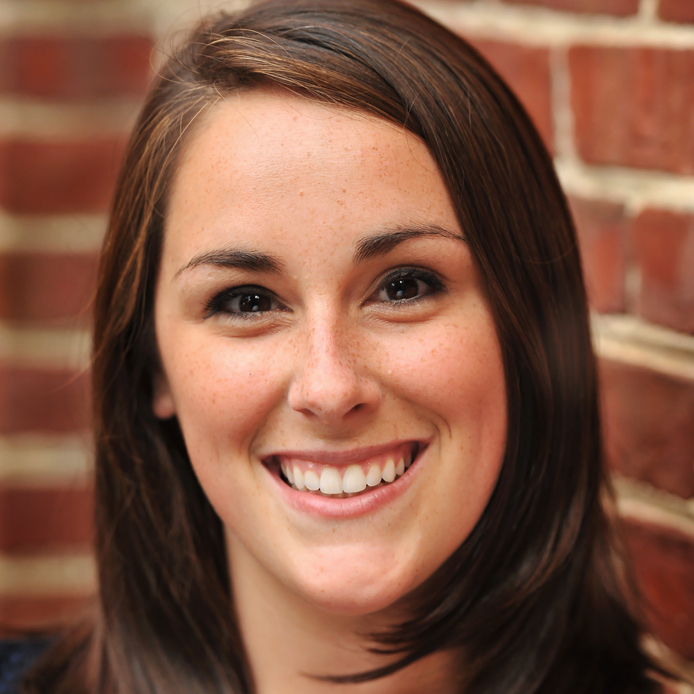 Caitlin Rackett has been a dance teacher here at CDA for the last six years. She herself danced for Concord Dance Academy from the age of three and was a member of the competition team for ten years. Caitlin attended Keene State where she received a teaching degree. She now teaches 5th and 6th grade, English Language Arts, at Thornton Central School. She is also an English teacher during the summer at Busche Academy; a Chinese international school program. Caitlin is the lead teacher for our age 7 and under students, but she loves working with students of all ages. Most people would describe Ms. Caitlin as energetic, enthusiastic, peppy, and fun. 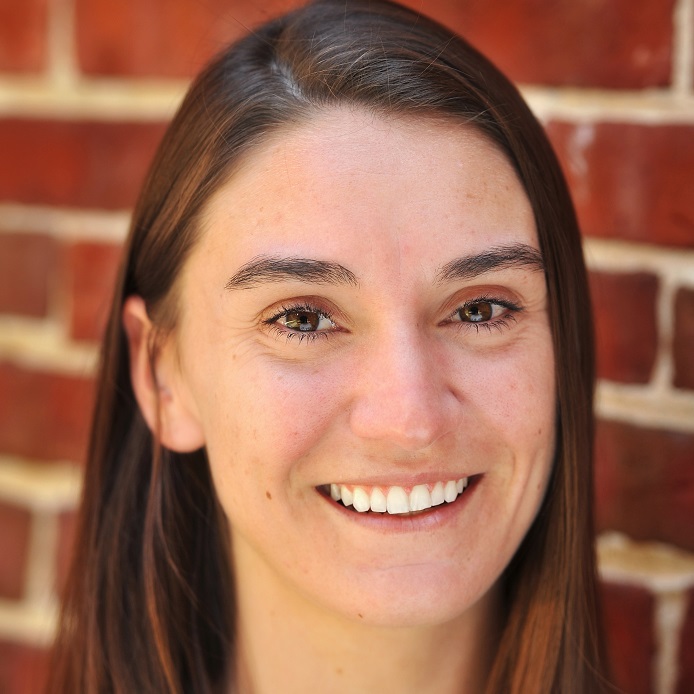 Meredith recently graduated from New England College with a Bachelor’s degree in Kinesiology. Meredith trained at Concord Dance Academy studying jazz, tap, lyrical, contemporary and ballet and has had many years of experience choreographing and teaching young dancers. As a dancer, instructor and choreographer, Meredith wishes to inspire her students, and push new movement, strong technique and emotional commitment. 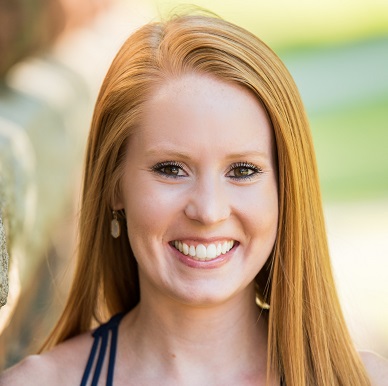 Kelsey began dancing at the age of 8 in Plymouth, NH. She is trained in a variety of dance styles and has attended many workshops and master classes. Kelsey graduated from Plymouth State University in 2014 with a Bachelor of Science in Business Administration and a minor in dance with a certificate in dance pedagogy. She continued her education to receive her Masters of Business Administration in General Management with a certificate in Small Business and Entrepreneurship in 2015, also from Plymouth State. During her time at PSU, she was part of the Contemporary Dance Ensemble and Dance Team. Kelsey is the co-founder of New Hampshire Dance Movement which holds an annual dance performance to benefit a the Faith, Hope & Love Foundation. 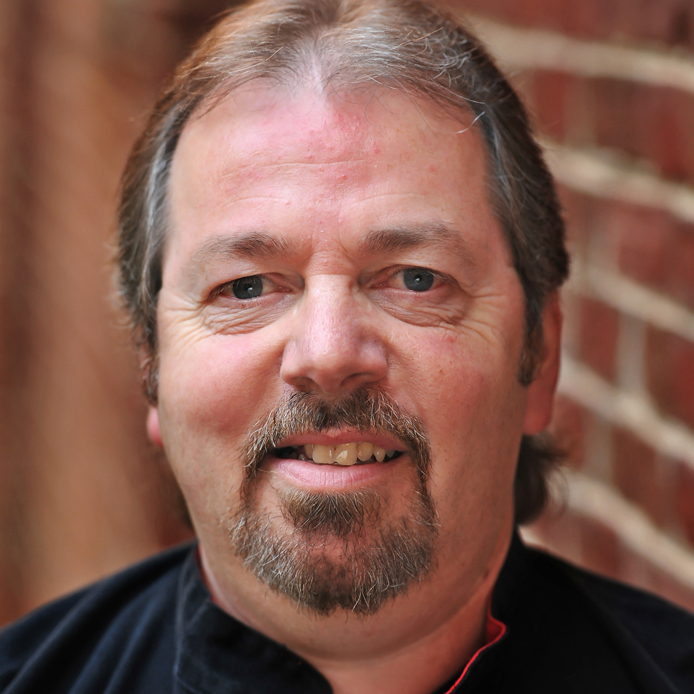 Sifu (Master) Peter Provencher began his martial arts journey in 1986 studying Shaolin Kempo Karate. After achieving his Ni Dan (2nd degree black belt) his interest in the arts took him exploring other styles, while still maintaining study in Shaolin Kempo. He began learning the art of Herchun Kung Fu. Upon receiving his San Dan(3rd degree black belt) in Kempo, he decided to place all his attention on Herchun. In May of 2011 Peter earned his Go Dan (5th degree master level) with the honor of being one of only two Master’s under his Herchun Grand Master. Sifu Peter has been teaching martial arts since 1988. 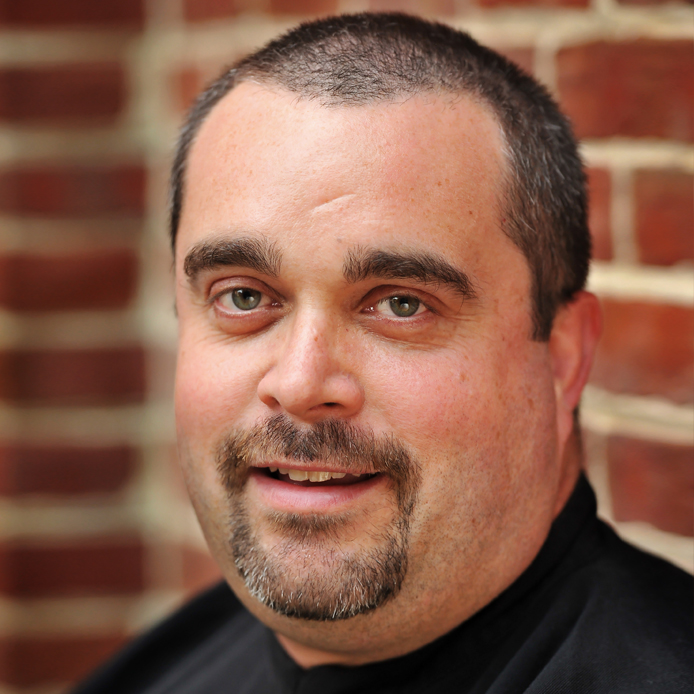 Sensei Nate began his study of the martial arts in 1991 eventually achieving the rank of first degree brown belt in Gujo-Ryu.  His studies turned towards academics for a while earning an Associates Degree in Architectural Engineering Technology from NHTI then a Bachelors Degree in Mechanical Engineering from Northeastern University.  He has been awarded multiple US patents.  After completing his degrees he re-entered the study of martial arts and in 2011 Sifu Peter awarded him the rank of first Dan and the title of Sensei in the Pro Dragon Style.  Recently he can be found assisting in the Karate instruction and managing the CDA props and Security for  CDA events. 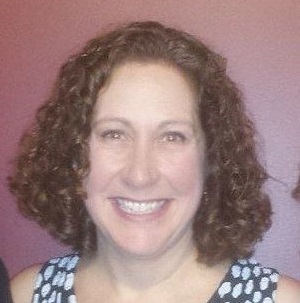 Karin Lewis grew up dancing in Methuen, MA at the Studio of Dance Arts under the direction of Linda Tracy, Dee Keri, Sam Fiorello, and Gene Murray where she studied tap, ballet, jazz, lyrical, and modern dance.  She earned her dance teaching certificate from the Dance Teachers Club of Boston and holds a minor in dance from the University of New Hampshire where she performed for four years with the UNH Concert Dance Company.  She taught tap for six years at City Dance in Manchester, NH, and has also coached the Color Guard for the MVHS Marching Band.  Karin choreographed multiple musicals at MVHS and now enjoys watching her daughters every time they take the stage. 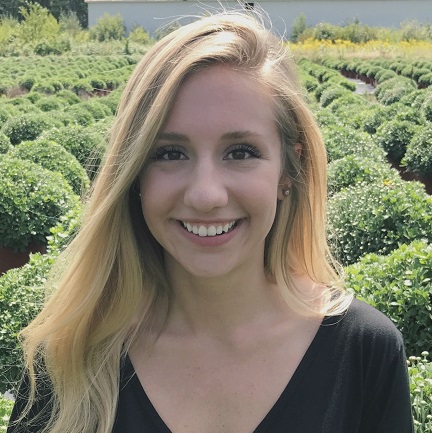 Hannah trained at Concord Dance Academy for 15 years where she studied tap, jazz, ballet, lyrical, and contemporary. She has worked as an assistant, demonstrator, teacher, and choreographer for several years throughout high school and college. While at CDA, her competitive dance experience led her to regional and national titles. In May, Hannah graduated from Roger Williams University where she earned a BS in both Environmental Science and Marine Biology, and a minor in Dance and Performance. During this time, she was also the captain of her school’s dance team, and participated in dance club performances. As an instructor, Hannah wishes to instill a passion for artistry and movement in her students. 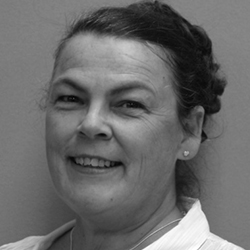 Janet has been an active part of the dance industry for over 35 years. She is a former member of the Boston Ballet Company and has extensive experience in tap, jazz and ballet. She is a member of the Dance Teachers Club of Boston, Inc./American Society of Dance, Dance Masters of America – New England Chapter 5, Maine Dance Teachers Club, and New Hampshire Dance Alliance. She is a tested and certified Judge through the National Dance Council of America, Inc.

Janet is also a member of the United States Dance Sport Federation. Her versatile experiences include being a Judge for the United States Gymnastics Federation in Rhythmic Gymnastics and being a regional Judge for the Miss America Pageant. Janet travels extensively throughout the United States to support great competition venues and promote and instill positive dance experiences for young dancers to help them develop their talents and realize their dreams. Janet has a stellar teaching career supporting both novice and highly accomplished youngsters. Janet currently serves us as a Guest Teacher, Choreographer and Dance Consultant.